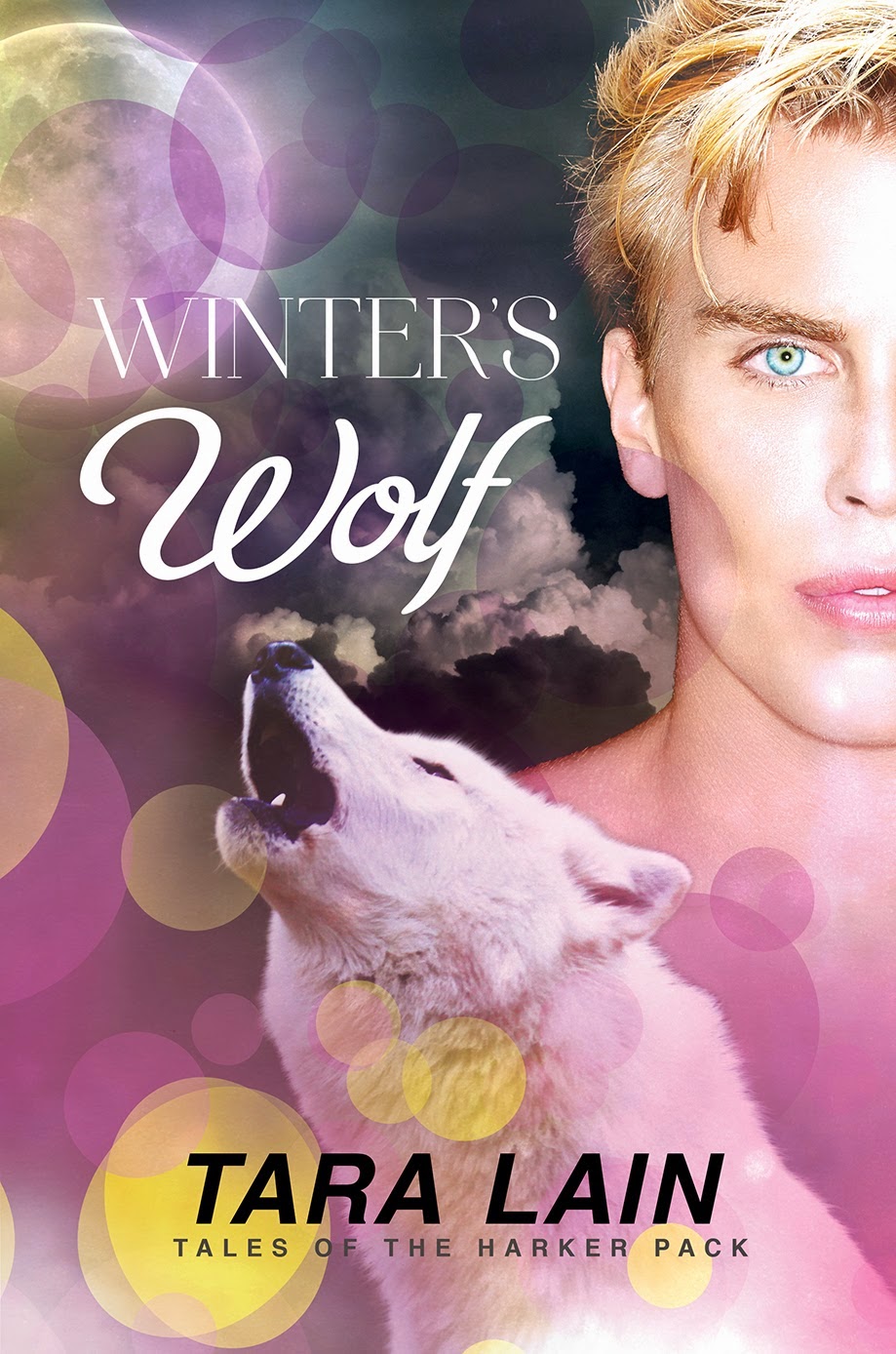 
Winter Thane was raised on the two cardinal rules of werewolf existence: don’t reveal yourself to humans under penalty of death, and there’s no such thing as a gay werewolf. It’s no surprise when his father drags him from his wild life in remote Canada back to Connecticut to meet his old pack in hopes it will persuade Winter to abandon his love of sex with human males. Of course Dad’s hopes are dashed when they come face-to-face with the gay werewolves in the Harker pack.

Winter takes one look at FBI agent, Matt Partridge, and decides bird is his favorite food. Partridge is embroiled in an investigation into drug dealing and the death of a fellow agent. He can’t let himself get distracted by the young, platinum-haired beast, but then Winter proves invaluable in the search for clues, a move that winds them both up in chains and facing imminent death. Winter quickly learns his father’s motives are questionable, the pack alphas are a bunch of pussies, humans aren’t quite what they seem, and nothing in the forests of Connecticut is pure except love.

I really enjoyed book one of this series, The Pack or the Panther by Tara Lain. I haven't read book two yet, but it is not necessary to read them in order to understand the plot in book three. So, each book can be read as a standalone; but I recommend book one anyway.

In this installment, Winter is a lone wolf used to living off the land with his father, but they reunite with their old pack and in doing so, many secrets are revealed. When Winter falls for Matt Partridge, FBI agent in town investigating the death of a fellow law enforcement officer, he's torn as he cannot reveal he's a werewolf to Matt. If he does, they both face death, but with underhanded dealings happening within the pack, Winter might have no choice.

As usual, Tara Lain writes a tight and intriguing story. I loved the fact that Cole and Paris (main characters from first book) were major players in this installment, as I think they are remarkable characters. I also liked Winter's take charge attitude, and I'm so curious about Lindsey's backstory from Wolf in Gucci Loafers, I'm going off to buy book two right after I post this! But while I did enjoy Winter's Wolf, there were a little too many subplots going on for me. I was most interested in Winter and Matt's tale, but that got caught up in Winter's undercover operation, and his father's romance with a human, and it felt like too much was going on in this book for me to give it a higher rating. Overall, if you like shifters, pack politics and adventure, you will enjoy Winter's Wolf. A solid read from this author in the paranormal genre.

a Rafflecopter giveaway
Posted by Lasha at 4:00 AM